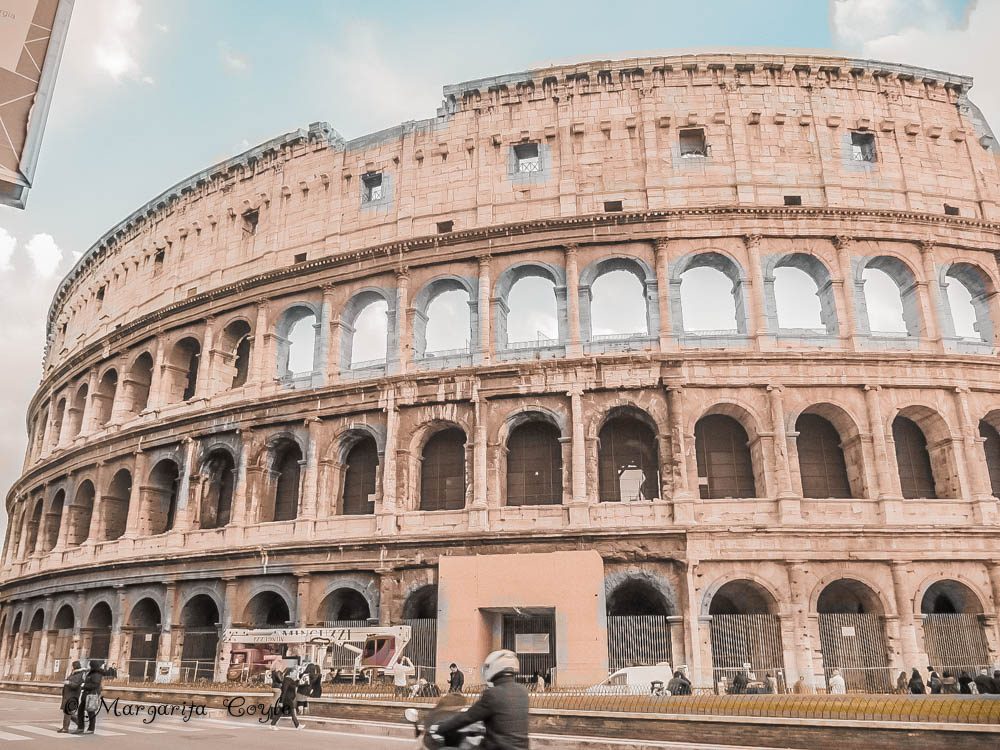 The Colosseum is built of travertine limestone.

The Colosseum could hold an estimated 50,000 to 80,000 spectators at various points in its history[5][6] having an average audience of some 65,000; it was used for gladiatorial contests and public spectacles.

Although substantially ruined because of earthquakes and stone-robbers (for spolia), the Colosseum is still an iconic symbol of Imperial Rome and was listed as one of the New7Wonders of the World. It is one of Rome’s most popular tourist attractions and also has links to the Roman Catholic Church, as each Good Friday the Pope leads a torchlit “Way of the Cross” procession that starts in the area around the Colosseum