I travel to Prague with my grandson, on 02/28/2019 with Lufthansa,  our tour guide was with the flag waiting for us, we get to the hotel Residence Bologna in the afternoon. We have 2 days of tour with the yellow bus HOPON-HOP OFF, so as soon as we left the luggage we went to see where was stop #1. We found out wasn’t that far from the Hotel in fact was like 4 blocks, also we looked for a place where we could change our money the Exchange the store has a big blue sign and is a corner of Maiselova and Kaprova.

View from the Astronomical Clock 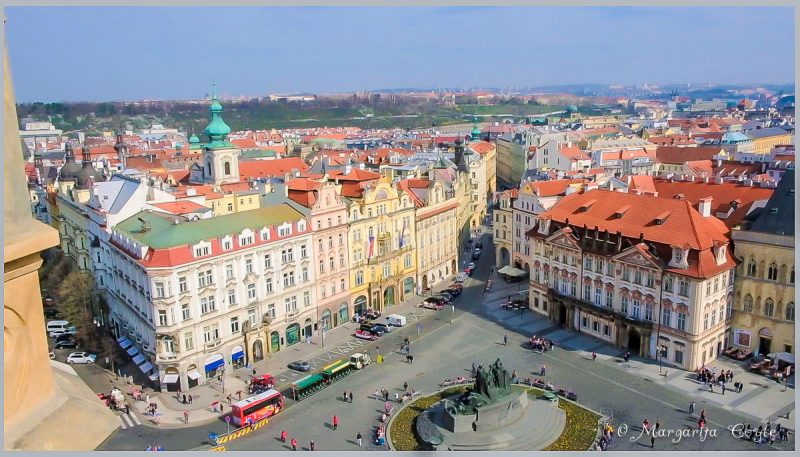 This is the view from the top of the Astronomical Clock 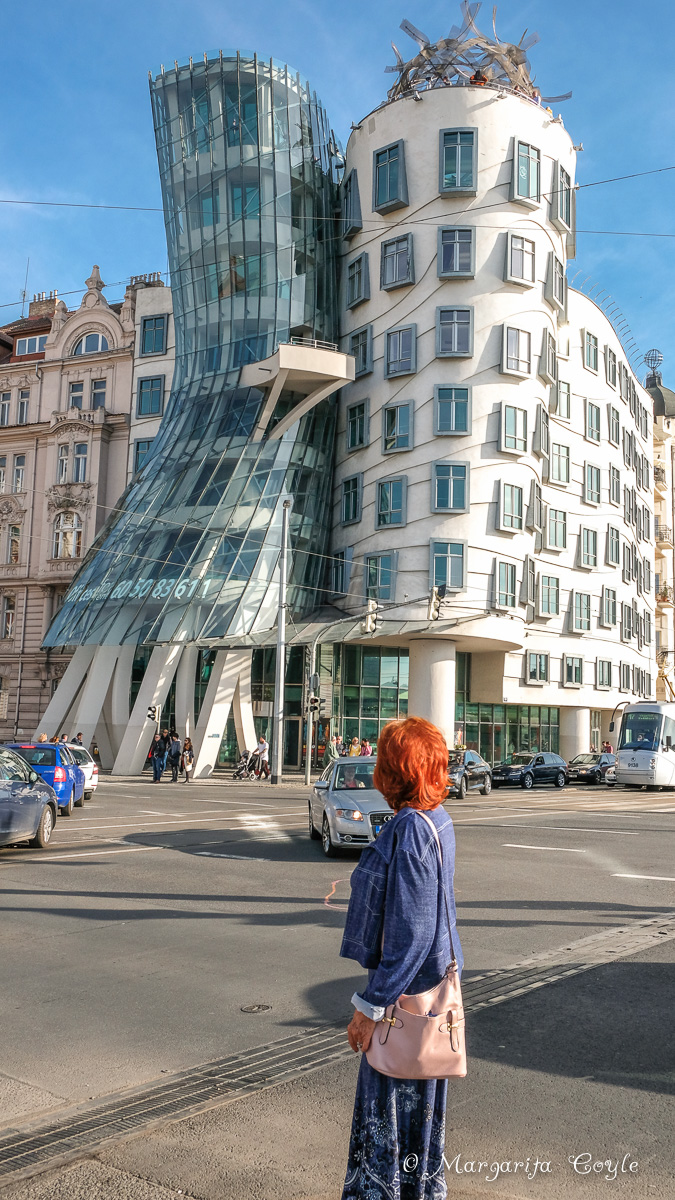 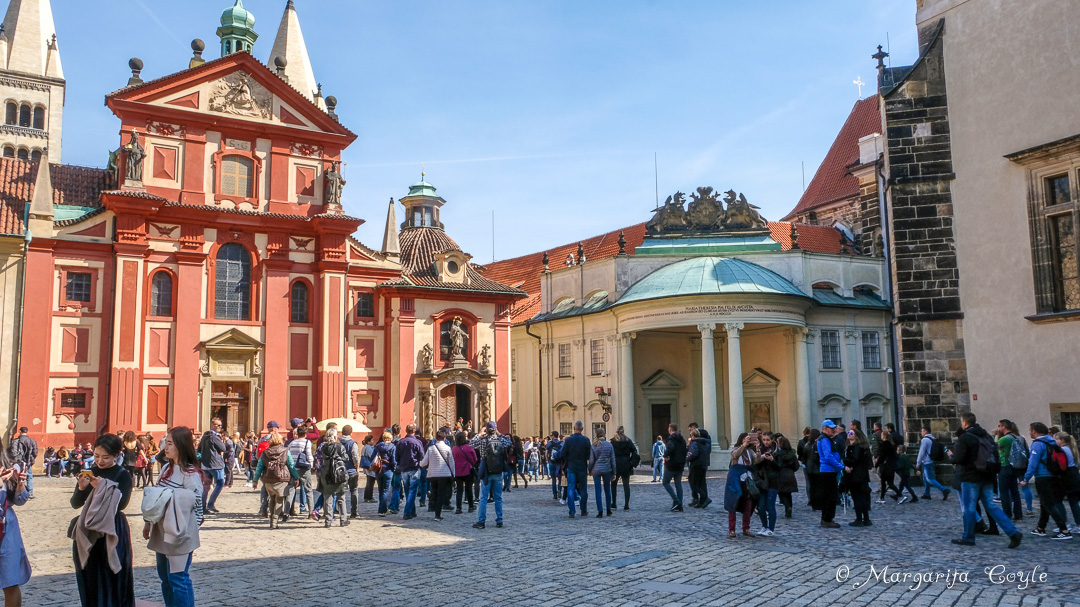 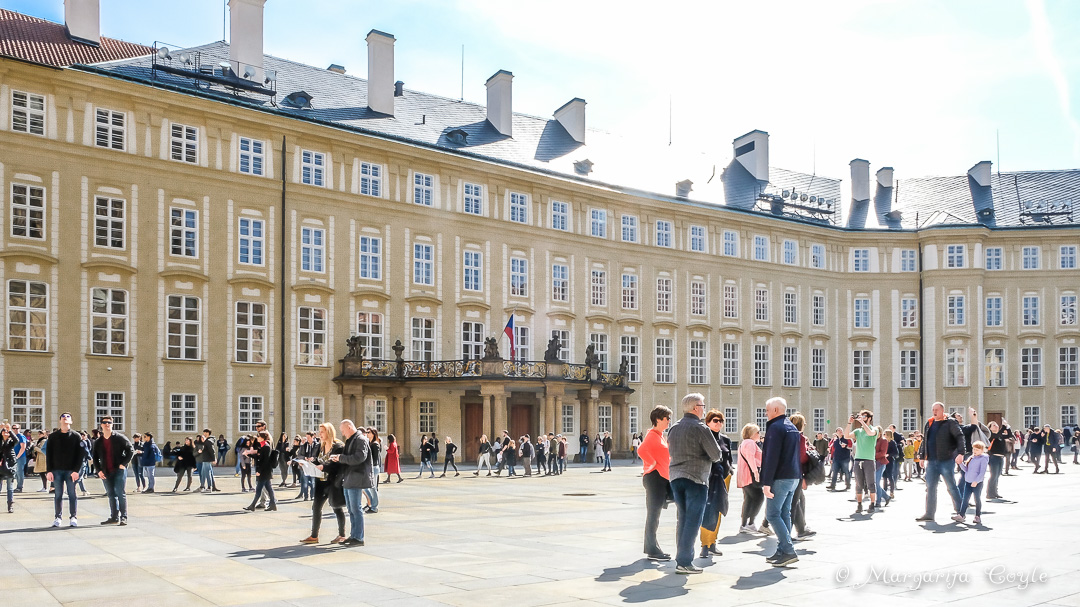 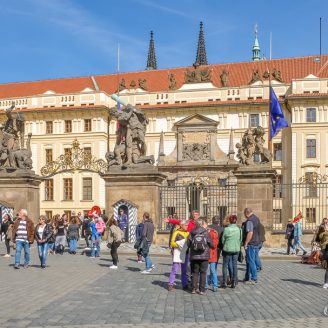 Czechoslovakia split in 1993 into the Czech Republic and Slovakia, the castle became the seat of the Head of State of the new Czech Republic includes the Gothic St Vitus Cathedral, Romanesque Basilica of St. George, a monastery, and several palaces, gardens, and defense towers.

According to the Guinness Book of Records, Prague Castle is the largest ancient castle in the world, with over 1.8 million visitors annually can be hard to escape the crowds. 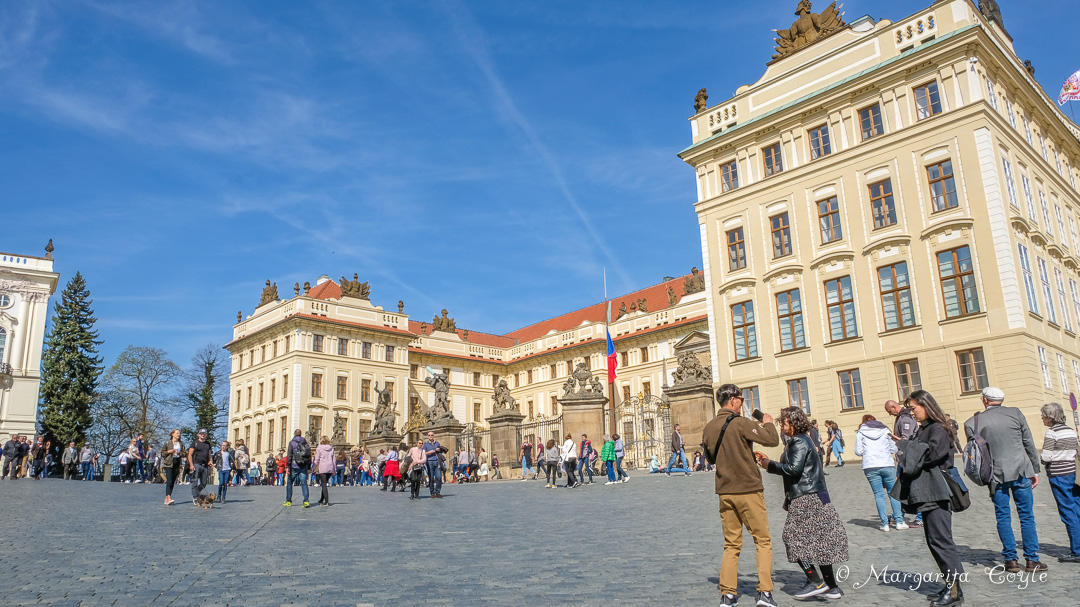 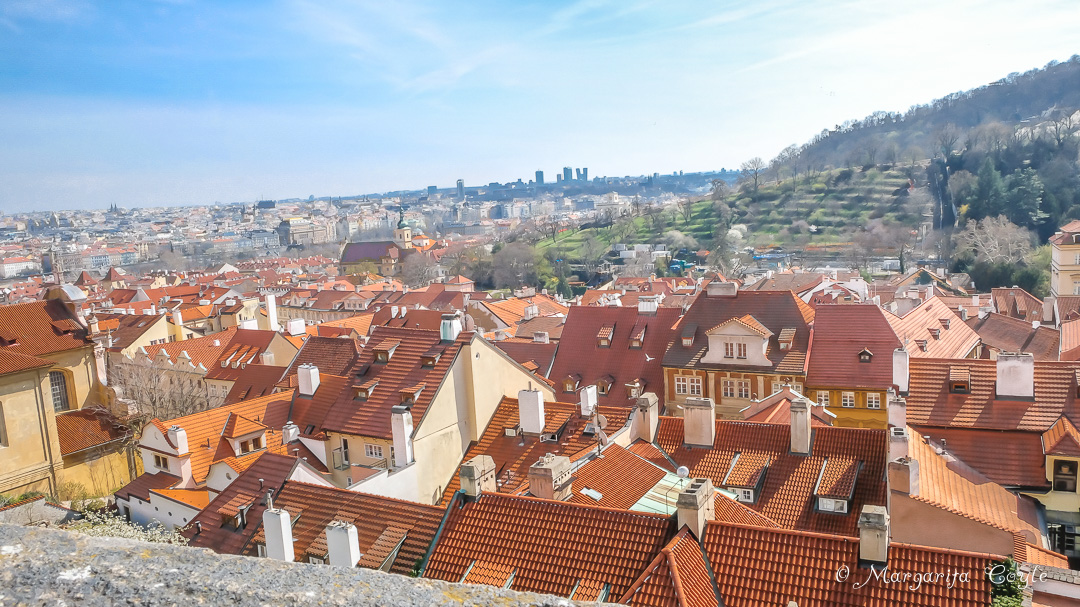 This is the classic view

Most of the people who decide to visit the Prague castle return home with this photo. You can capture all the rooftops of Hradcany, along with views of the Vltava River and its bridges. View from the Prague Castle

I and my 19-year-old grandson arrived at Prague International Airport at 3:30 in the morning.

We went straight to the check-in point. I gave him my American passport and he gave his Brazilian passport with an expired visa, he had a green card that expires in 2027 but he forgot to bring it with him so he presented the Texas driver’s license, but the person insisted that she needed the Green Card, we told her that in order to get the driver’s license in Texas you have to present the Green Card, we also said that he could show her the copy of it but she insisted that it should be the original with that my blood pressure went up my heart began to shoot she called someone to help, the guy speaks good English and he called the American Embassy in Prague but it was 3 in the morning, nobody answered, he said that unfortunately my grandson Emanuel could not fly and that he should go to the American Embassy and fill a form.

At that moment I could not think anymore, I thought staying in Prague with him would not help at all.

He told me to go.

I went to the boarding gate with a broken heart, could not stop crying, I was not believing what was happening, for a little forgetting not to have the Green Card with him would cause all this problem.

The same clerk was boarding, she did not speak correct English, I wanted to tell her that it was an abuse of authority because he is a resident of Texas, he should come back and the US and everything would be settled here in the USA, not in Prague.

I kept hoping for him in the hope that they let him come because he had all the documents, passport, driver’s license, and social security, but nothing the plane closed the doors, I felt a great sadness to see the empty seat.